Twenty-eight professionals from across fields and across the region celebrated their completion of our two-year program that invited them to explore Eastern Connecticut, learn about its leaders and challenges, and discover how they can participate in its success. Leadership Eastern Connecticut’s Class of 2019 built networks, friendships, and a remarkably large shed for The Arc of Eastern Connecticut.

On June 19 at the Hilton Mystic, participants and their colleagues and mentors gathered for a graduation ceremony and luncheon. In its 32nd year, Leadership Eastern Connecticut has been connecting rising leaders with opportunities to grow professionally and serve the community, forming the foundation of long-term contributions to the region by its hundreds of graduates.

The Chamber’s Citizen of the Year 2019 Rodney Butler, Chairman Mashantucket Pequot Tribal Council and Interim CEO Foxwoods Resort Casino came to congratulate the graduates. Remarking on Eastern Connecticut’s unique sense of community, Mr. Butler saw his passion for improving the world reflected in this group. Gaining a leadership perspective through the program, graduates understand the motivation behind their hard work. “It’s not just about you—in fact, it’s never about you. It’s about your coworkers. It’s about the organization that you work for. It’s about the philanthropic organizations that you support. It’s about your family. That’s what we are doing this for.”

The Class of 2019 completed an ambitious community service project for The Arc Eastern Connecticut, raising $14,000 in donations to construct an outbuilding to support clients’ landscaping microbusiness. Fundraising and donations of labor and supplies were so successful that $3,500 in remaining funds were directly donated to The Arc program.

Echoing a sentiment heard throughout the class, Co-president Brenton Terry, Norwich Public Utilities, said, “The program has provided me with such a greater appreciation of my community at large and has exposed me to so much that I would never have had the opportunity to experience.” The behind-the-scenes looks at government, military, human services, media, and industry taught participants about leadership in different areas and the ways each sector connects in the region. “I was able to take a little piece from each speaker and relate it to who I am and the professional I want to be,” said Mr. Terry.

The new Leadership class is forming now, and applications are being accepted through August 9. For more information, visit ChamberECT.com/leadership-program. 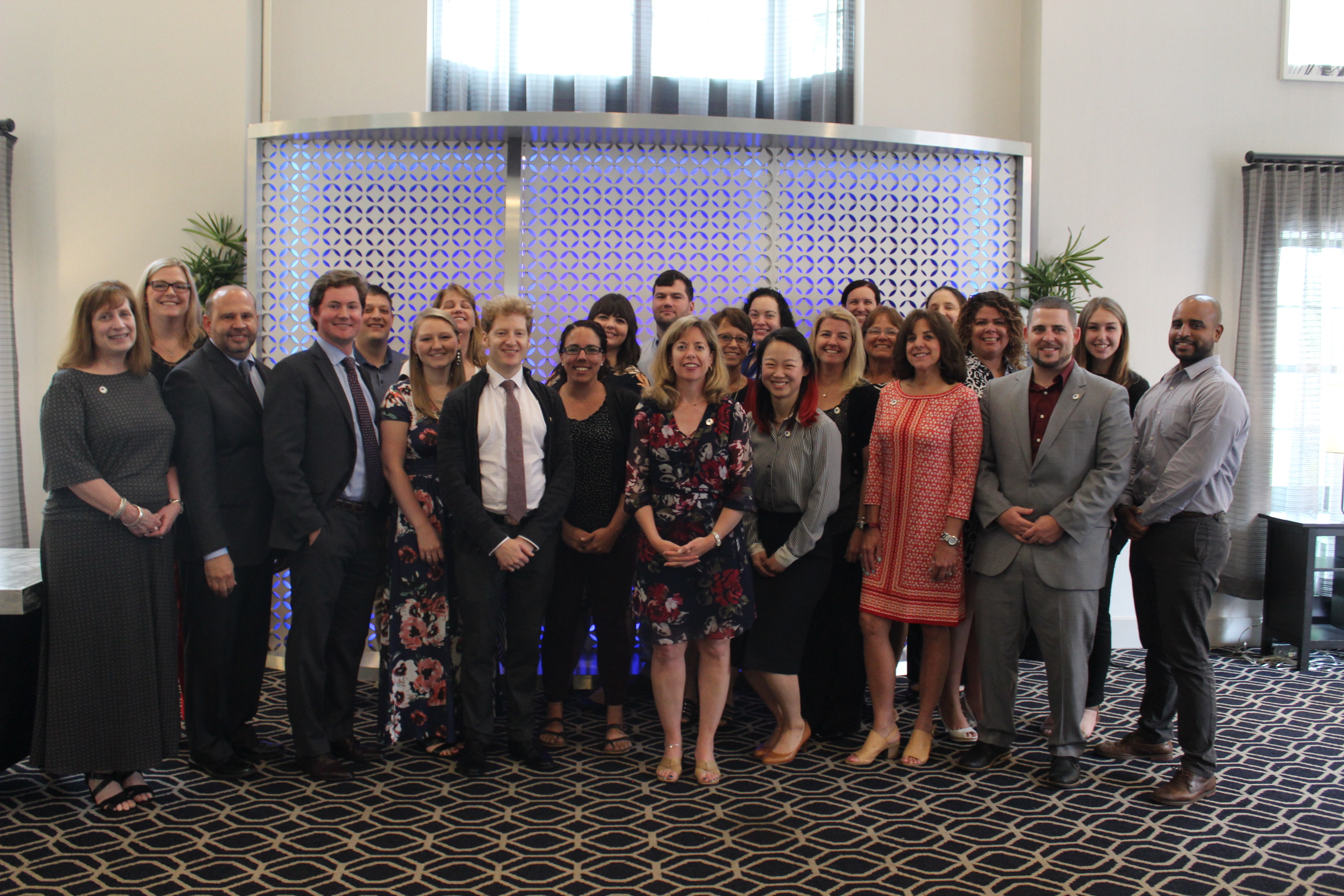 Chamber of Commerce of...

Funded in part by the Thames River Innovation Places (TRIP) and CTNext the Grant Provides...

Chamber of Commerce of...

Cybersecurity was the topic of interest at the May 10th Chamber of Commerce of Eastern CT...